The biggest hurdle on this build is and was always going to be the HVSS suspension. The Dragon 1/6 Sherman comes with VVSS and in the past the only one offering the parts was Panzerwerk, but he has since suspended resin castings.

After discussing with Loic over at FOA I have commissioned him to build them. It’s not going to be an easy, or cheap job as there are a lot of parts involved.

The ENTIRE tracks have to be redesigned because there are double the number road-wheels and the tracks are much wider.

There are two tracks types we contemplate on using; T80 chevron or T84. We’ll take a closer look at these nearer completion.

All in all some of the things that will need to be custom built:

These are going to take a little bit longer. 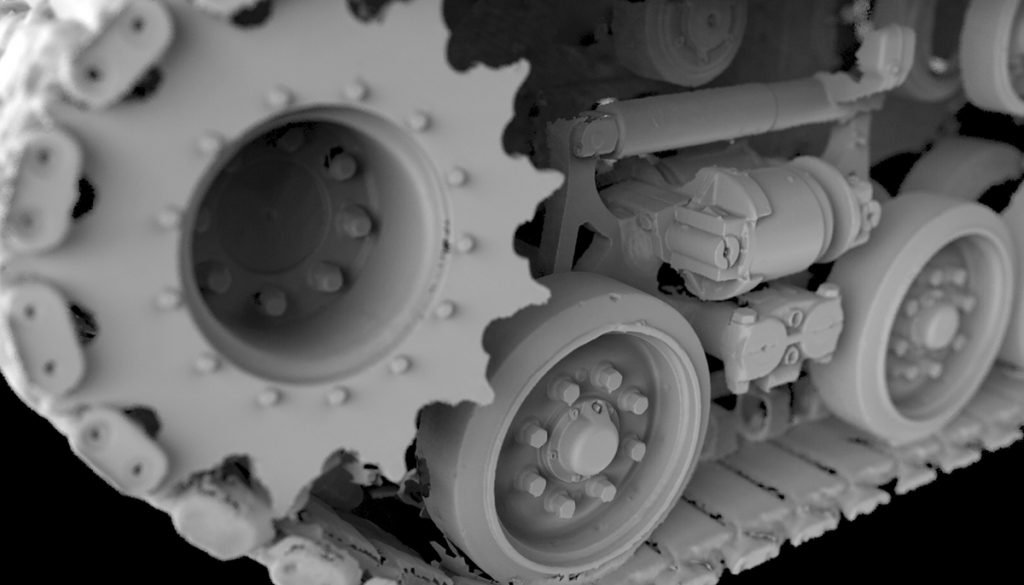